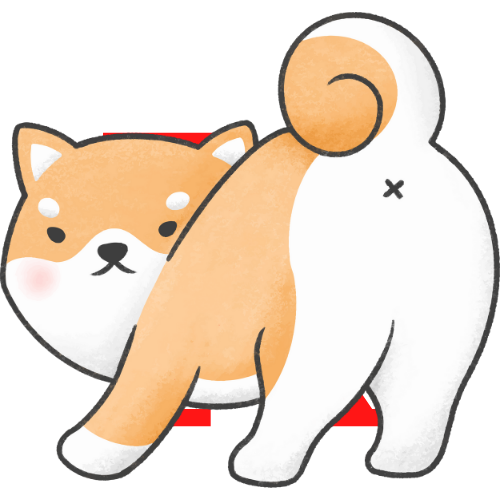 ,when the lovable Shiba Inu face cemented itself as the mascot for Dogecoin. Had I told you that a bitcoin parody would make a meteoric rise through the Crypto market, would you have ever believed it? If you were like most people investing for the first time in the fledgling crypto market back in those days, chances are you would have thought I was dead wrong. Fast forward to 2021 wherein five months the value jumped more than 12,000%. If you had put even just 1,000 dollars into Dogecoin in early January of 2021, it would have been worth roughly 126,000 dollars at the apex. To putthat into context, that’s much more than the other primary cryptocurrency in the same period, more than ten times their amount.

So what if I told you that with the price of your pocket change, I could roll back time just a little bit; and assuage some of that remorse you feel at having missed out. If you’re following me so far, good, that means I have your attention. But, before you go rushing into a purchase of Dogecoin in hopes of capitalizing on that new momentum, let me offer you a preferable alternative. No, we’re not going to stray far from that lovable dog face, which represents the tip of the metaphorical spear in this new age of meme momentum. But, of course, I’m talking about Shiba Inu; we’re looking at an absolute bombshell of a Q1 for 2022, and if you stick with me just a bit longer, I might make you a believer too.

Maybe the first thing you’re wondering is what made Dogecoin reach those record highs anyway, and will it stay true for Shiba? Perhaps there is no single significant factor immediately apparent if you’re judging it purely on technical analysis. Still, if you talk to the investors themselves, the story is quite different. The meme economy is propped up on a single ever prevalent motivation sticking it to the “man.” If the world’s governments can just up and print billions into existence, why can’t we use our own money and make a mascot out of our beloved Shiba Inu face? Why can’t we eviscerate the put options a multinational financial giant places on GameStop by pumping millions into it; why can’t we affect the market in the same manner they do? Covid woke the average Joe up because if the government’s money is just a phantasmagorical concept, how exactly is my dog money worthless? Because they say so? All indications seem to suggest that we’re taking back our financial freedom one crypto at a time.

We have the richest man in the entire world tweeting about a digital currency named after a dog; who is anyone to say what is or isn’t real? And while the white-collar and the fat cats of Wallstreet run around with their serious disposition and temperamental personality trying to bash this next generation of investors. Instead, the supporters of our beloved Lord and savior Shiba Inu gather around dimly lit subforums, sharing memes and photoshopped pictures of big pappy Elon Musk caressing our new mascot on their journey to the moon. It’s a fun and inclusive type of community when you contrast it with the likes of traditional elitistlaced outlets. But while it’s easy to think it’s all just a joke, you have to remember the community is also there to make money. It was all fun and games till Doge planted its first flag on lunar soil; now, we discuss its spiritual successor’s potential.

So while the Dogecoin rally seems to have fallen off and the wave of optimistic bulls tend their stonks and look for greener pastures, the question I present to you is what could be greener than Shiba Inu? The consensus as of late July early August 2021 seems to be with us. The news recently around the adoption of cryptocurrencies by institutional bodies means our optimism isn’t for nothing. The Dogecoin killer has recently shattered trendline resistance, and given Shiba Inu bulls new upside momentum; optimistic bulls are doubling down on their stake in the currency. The demand from traders was loud and clear. Platforms are starting to feature Shiba Inu, and among them is Australia’s most trusted and regulated exchange Coinspot.

Interestingly enough, if you remembered with me back to 2013, Coinspot started in earnest around the same time Dogecoin began trading. Meaning not only do you have a chance now to get in on what is essentially the resurrection of Dogecoin in Shiba. But you get to make up for the other mistake in not purchasing your trade on Australia’s premier crypto exchange.

Now the people who are quick to deride the viability of Shiba are the same people who failed to anticipate the breakout of the Dogecoin crypto. These are part of that white-collar group previously mentioned who function only on a very strict subset of fundamentals. More than any other group fail to appreciate the psychological element prevalent within trading, perhaps especially crypto. It’s like comparing Warren Buffett to George Soros; one is a man who functions almost purely on raw statistical fundamentals. The other is a man who used human psychology to nearly destroy a nation’s banking system overnight. Now I’m not the type of guy who would argue semantics in regards to which individual was more successful, and it’s a subjective argument unless you’re as robotic as the people I’m suggesting to take with a grain of salt. But even if you were one of those individuals who thrived only on the purest of technical analysis, gathered your
data meticulously from several computer monitors, and treated each trade with a frigid stoicism comparable to antique busts. With the potential for an upside return in thousands of percentages, aren’t you willing to join the ranks of the many people whose optimism landed them tens of thousands?

It won’t be long before the tendies start rolling in; even conservative estimations for Shiba are somewhere in the range of 40% increases between now and Q1 2022, and many are well above even that. It’s built on the back of the ethereum network and seems to the most part be true to the values of decentralized finance, the bread and butter of the crypto ethos. So the only real question left is will it live up to the title of Doge slayer? Because the Dogecoin itself appears to have trended towards a “stable coin” instead of the wild growth we associate with it, the truth is Shiba Inu is much more likely to provide an excellent return for your money and time. It is right now what Dogecoin once was; everybody is coming off the highs of the last ideal meme crypto and wants to reproduce the magic we felt. Shiba is more like a combination of all that is great in Ethereum, Dogecoin, and Bitcoin if you think about it. Ease of the transaction, the accessibility, the ability to be purchased from and transferred back into all significant currency. It’s just as safe and speedy as the other big players in crypto. So even if you took the community’s heritage support away, you’re objectively looking at the ingredients to a successful altcoin.

We’re talking about a currency that, despite being debuted in a pandemic, experienced an excellent growth trend. The short-term estimations for the currency are so very broad all you have to do is sit down and take a good look at the community forming around the long-term bull run. The coin has made itself accessible not only to the fun-loving Shiba touting loyalists. But all those who have seen the massive long-term potential prevalent in this kind of altcoin. Because the one unequivocally true thing is if you give Shiba some time, you’re going to see a return. It’s going to be a tendie today for tendies tomorrow, my friend. We might have trillions of Shiba Inu circulating today, but once they start burning away coins as recently promised and confirmed by those who run the ethereum platform, all bets are off to how much the price will rise.

If I was you, and I was you, I couldn’t wait another day only to regret not cashing in on a sound investment, alongside this new wave of financial enthusiasts rising from the ashes of a post covid world. Take a look yourself at the related news and promising trends, then get yourself on CoinSpot and start buying these “puppies” before they double overnight. Keep in mind that just like its daddy Dogecoin, Shiba might not offer much warning before promptly taking off on that SpaceX falcon to the moon. We’re quite literally one tweet away from the best investment we’ll ever make in our lives, and it’s honestly just that simple. What generation before us can say the same thing? So get in there, buy up some of those sweet, sweet Shiba, and I can virtually promise you by 2022 we’re going to be knee-deep in tendies, sir is this a wendy’s?